10 Oct. 2015, ‘Amman – Giuseppe Papaleo, President of IASEM, and Pierpaolo Grezzi, Scientific Coordinator of IASEM, are in Jordan promoting of MCH – Mediterranean Common House network with local Partner.
The first official meeting was with Her Royal Highness Princess Wijdan Al-Hashemi, President of Jordan National Gallery of Fine Arts. The National Gallery joint MCH network last March, so this was the occasion to figure next operative steps out.
Princess Wijdan is founder of the Royal Society of Fine Arts and Jordan National Gallery, as well. She was Professor and Dean of the Faculty of Arts and Design at University of Jordan.
She was also the first woman to enter the Ministry of Foreign Affairs in Jordan, the first woman delegate to represent Jordan at United Nations meetings, and the first woman diplomat at the United Nations General Assembly. 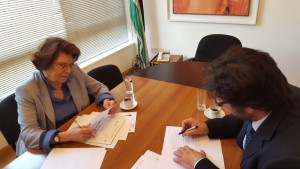 During the meeting, the values of Manifesto of Mediterranean Civilization were discussed, remarking the most relevant Middle Eastern topics, specifically MCH network approach fronting conflicts and violence, which interest wider Mediterranean area.

The rendezvous ended scheduling an Inter-Mediterranean meeting in Jordan by Septmber 2016. 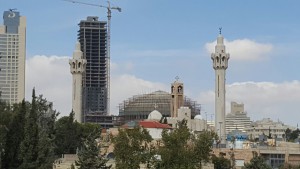 IASEM meeting in Florence | New partnerships for the MCH Meeting