On Wednesday 20th, Anna Ascani, Member of Italian Parliament, signed the Manifesto of Mediterranean Civilization, during an official ceremony at Chamber of Deputies.

The network has officially been presented at the European Parliament in Bruxelles on 21st April 2015 and, in this way, several projects of cooperation have started, in order to promote the fundamental values illustrated inside the Manifesto of Mediterranean Civilization. This document has been presented to be signed by 100 authorities and intellectuals all over the 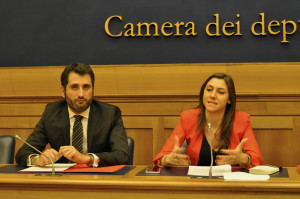 During her speech, Ascani has underlined the value of the committment in the improvement of the Mediterranean integration, and, as member of the Culture, Science and Education Committee, she has exposed her empathy for the values from the Manifesto, thus underling the duty of next generations as leaders which could promote the dialogue and the integration.

Giuseppe Papaleo, the IASEM President, has spoken about the need to give an efficient political reply to the difficult conditions of the crisis in the Mediterranean, underling also the responsabilities of all the actors in the political Euro-Mediterranean scenario, and proposing a wider cooperation in the creation of a Mediterranean Common House. 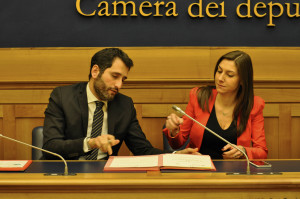 The conference has been concluded with the official signature of the Manifesto of the Mediterranean Civilization by Anna Ascani.