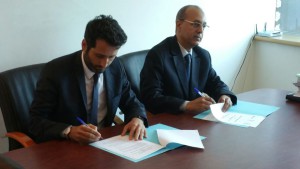 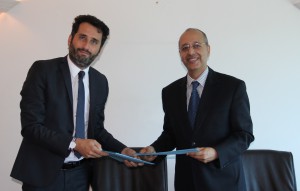 From June 29th to July 1st, the Board of IASEM attended an official visit to Rabat, Kingdom of  Morocco, to promote MCH Mediterranean Common House network,  starting operative collaboration with some of the most active scientific and institutional Moroccan realities.

On the 29th of June the President of IASEM, Giuseppe Papaleo, together with the Scientific Coordinator, Pierpaolo Grezzi, were received at the Headquarter of ISESCO- Islamic Educational, Scientific and Cultural Organization, one of the most relevant PanIslamic cultural organizations founded in the 1978 during the 9th Conference of the Ministries for Foreign Affairs of the Islamic Countries, with the aim of promoting scientific research and coordinating cultural activities among Islamic Countries.

During the meeting, it has been signed by ISESCO Director of External Relations, Dr. Ahmed Said Ould Bah,  the Memorandum of Understanding to join MCH network. This signature leads the way for a series of joint cultural activities, starting next fall, between IASEM and ISESCO within the project MCH Mediterranean Common House.

On the same path are the agreement and MoU signature with UIR-Université Internationale de Rabat. The members of IASEM delegation visited the modern university campus just outside Rabat, a futuristic project born from a joint venture between public and private to encourage cultural Moroccan contemporary vocation toward an international opening. The operative meeting was attended by Dr. Abdelhafid Deddarh (Advisor to the President), Dr. Abdelaziz Benjouad (Vice-President for Research & Development), Dr. Hakima Fassi Fihri (Director of President’s Office). In addition to the scheduling of the presentation launching event of the partnership, it has been decided the realization of a Summer School in Euro-Mediterranean Strategies to be held next July 2016 in Rabat. 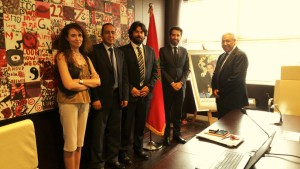 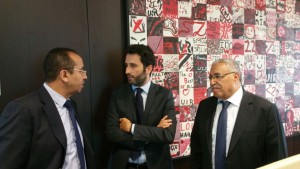 IASEM delegation also met with H.E. the Ambassador of Italy to the Kingdom of Morocco Roberto Natali, who, besides  providing useful information on the socio-economic-political dynamics of the Country, expressed interest and support by the Embassy to develop scientific and cooperation activities in the Mediterranean, right in the spirit of dialogue and inclusion that IASEM mission intended to promote.

In order to enforce the Euro-Mediterranean cooperation, also a meeting with the delegates of the Rabat office of  Konrad Adenauer Stiftung was held. The German Foundation is at the forefront in the promotion of a truly democratic culture worldwide,  and the KAS office of Rabat is very active supporting dialogue and training initiatives addressed to young Moroccan leaders. The meeting started a partnership with IASEM, in order to develop activities in favour of culture of democratic leadership in the Mediterranean and specifically in Morocco.