November 19th 2015 – From November 15th to 19th, IASEM Directors were in Morocco for official meetings in Marrakech and Rabat to implement scheduled initiatives enforcing cooperation within MCH-Mediterranean Common House network.

Morocco represents a strategic Country in the Mediterranean area also playing the role of “hub” in the relation between Western and African Countries. For this specific reason, relaunching operative cooperation with Moroccan civil society and with Moroccan cultural, political and economic authorities as well, represents a high level challenge for IASEM, engaged since years now in the development of an ambitious Mediterranean integration process from the bottom. 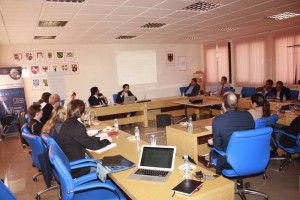 On this path an important goal was reached on Sunday November 15th when MDE-Maison de l’Elu (House of Elected), organization settled in Marrakech-Safi Region, joined MCH –Mediterranean Common House network. MDE is one of the most relevant associations in Marrakech with deep engagement sustaining Moroccan democratization process and regionalization process as well. During a ceremony held at Maison de l’Elu Headquarter, Secretary General of MDE, Dr. Hassan Amillat, signed the Memorandum of Understanding joining MCH network within an operative meeting among Directors of IASEM, MDE and Moroccan office of KAS-Konrad Adenauer Stiftung, Dr. Helmut Reifeld. The three organizations decided to develop a sharing project addressed to 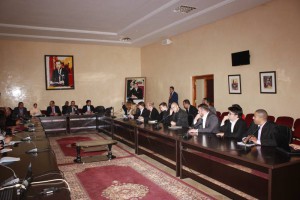 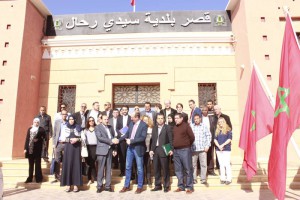 On Monday November 16th meeting programme within KAS-MDE continued with one day debates of the topic of Moroccan local autonomies development at the presence of experts and authorities, among which, Aziz Babqiqi (Director of Regional Observatory on Environment and Sustainable Development), Martin Lau and Said Kdimati (delegates of Young Union of CDU). 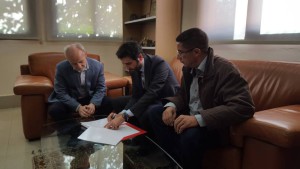 After the panel the delegation moved to the city of Sidi Rahel for an officla meeting with the President of Province Council of Kalaa Sraghna, Abderrahim Ouammar. In the afternoon was scheduled a visit to the Association of Regional Female Entrepreneurs, leaded by President Aouatif Berdai.

On Wednesday November 18th IASEM delegation moved to Rabat for a meeting with a Representative of UIR – Université Internationale de Rabat, member of MCH network. During the meeting with Dr. Hakima Fassi-Fihri and Prof. Najib Mokhtari was discussed and planned next edition of Summer School in Euro Mediterranean Strategies which will be guested in September 2016 in Morocco within a partnership between UIR-IASEM.