From 5th to 10th of September 2016, the IASEM staff has participated to the React Camp 2016, organized by the ALPHA Centre in the village of Ivanova Korita (Montenegro). The President Giuseppe Papaleo and the Scientific Coordinator, Pierpaolo Grezzi, have been two panelists of the rich agenda of the summer school organized by ALPHA Centre. The panel has been entitled “Mediterranean Common House“, and it has been moderated by Orkhan Bakhshiyev, a student from the Republic of Azerbaijan. 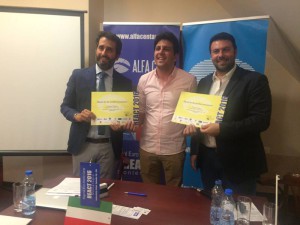 ALFA Centre is an NGO based in Niksic, Montenegro. Since 2006, they have been active in researching the civil-military relationship, fostering the promotion of Montenegro’s membership of NATO.

On December 02nd 2015  NATO Foreign Ministers unanimously agreed to invite Montenegro to begin accession talks to become the twenty-ninth member of the Alliance. On May 19th 2016 NATO Foreign Ministers signed the Accession Protocol for Montenegro, marking a historic step in Montenegro’s path to the Alliance. Knowing this, REACT is focused on detailed agenda of the future steps, experiences from other countries and expectations of Montenegrin citizens. Experts Council of REACT decided that REACT 2016 has to gather majority of students from Montenegro.

The REACT 2016 has been dedicated to 10th anniversary of Montenegro’s renewed independence: the agenda of REACT 2016 in fact has been developed in order to present Montengrin history and tradition. The novelty has been “guvno sessions” as side events which have been an excellent opportunity to feel Montenegro trough the open discussions, movie, culture and art. 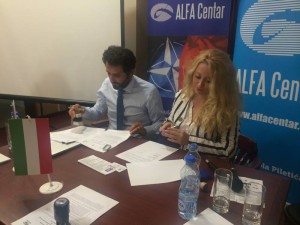 Thanks to this summer school, IASEM had the challenging opportunity to present the project of MCH – Mediterranean Common House. Moreover, this event gives the opportunity to IASEM to obtain five more signatures from exponents and experts from Balkans joining MCH network. Specifically, it has been signed by: the Executive Director of ALPHA Centre, Aleksandar Dedovic; Ljubica Pendaroska, President of C3I, Macedonia; Prof. Radovan Vukadinovic, President of Center for International Studies, Croatia (represented for the signature by the Vice President Monika Begovic); Nadica Stosic, Director of Initiative for integrations, Serbia; Alesia Slizhava, Society for Conteporary Studies Kosmos-Polis, Spain. 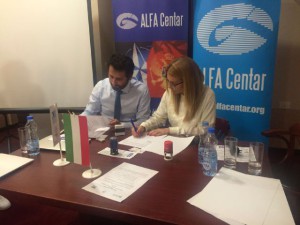 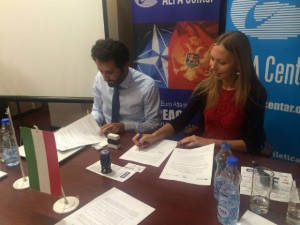 This year, 120 students have attended REACT summer school, coming from several countries (Bulgaria, Romania, Serbia, Slovak Republic, Italy, Spain, Albania, Kosovo, Montenegro, Poland, Czech Republic, Macedonia, Croatia, Azerbaijan). REACT camp has been one chance for IASEM to enter in contact with students from Balkans and, mostly, to know questions and challenges from the Balkans area, that obviously is part of the larger Mediterranean world.