An important meeting was held in the center of Florence at Palazzo Medici Riccardi on 3rd of May: it was organised by the IASEM, the Institute of High Euro Mediterranean Studies, in collaboration with the Association Italy-Kuwait in order to promote the Mediterranean Common House (MCH) and to organize the official launch of the MCH’s project, scheduled for the Autumn 2016. The Municipality of Florence has hosted the meeting because it is committed to the idea of a Mediterranean Common House, built to support the dialogue and the exchange of ideas between the several countries from the Mediterranean. The meeting has been organised also thanks to the patronage of the Comunità del Mondo Arabo in Italy (Co-mai).

The meeting has been participated by important and distinguished guests: Miriam Zamparella, representing the 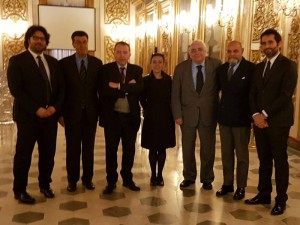 International Relations Department for the Municipality of Florence; Pierandrea Vanni, the President of the Italy-Kuwait Association; Enrico Granara, Plenipotentiary Minister and Coordinator for the Multilateral Mediterranean and Middle-Eastern Affairs; Foad Aodi, Focal Point for the Integration in Italy for the Alliance of the Civility (UNAoC) and President of Co-mai; Marco Cellai, European Parliamentary and President of the cultural center Florence-Europe; Francesco Bosi, undersecretary for the Defence and president of the Association “La Scelta. Uscire insieme dai problemi”; and Paolo Bartolozzi, member of the European Parliament.

During his presentation, Giuseppe Papaleo, the IASEM’s president, cited the most important document of the MCH’s project. the Manifesto of the Mediterranean Civilization, a chart of values, useful to “re-think the intercoltural and geopolitical dialogue, which subscription is opened to everybody”. The moderation of the meeting has been held by Pierpaolo Grezzi, Scientific Coordinator of IASEM, who has invited to the debate every single participant. Pierandrea Vanni has introduced the meeting: “we would like to contribute – he said – actively, remembering the history of our Association, and strenghtening the relationship between all the countries in the Mediterranean, including the Gulf States, that have political, cultural and economic motivation to be essential part”. 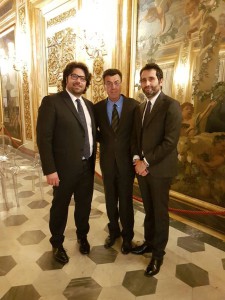 Miriam Zamparella has underlined the need to focus on the economy and of the finance, tigether with the culture, in order to intensify the cooperation between the two shores of the Mediterranean. “We have to reply to the request from the Arab world, building new bridges of dialogue and fighting every single strumentalization from the Islamic religion. We have moreover to promote the education, the safeguard of the women rights and of the children’s healt, the development and the employment: this approach is the right way to find the “therapy” to the fear and to the prejudice”. Faod Oadi has said: “the Italian contribute to the development of the dialogue, already demonstrated during the years throughout the RIDE (Italian Net for the Euromediterranean Dialogue) and relaunched two years ago thanks to the important contribute of the Mediterranean-Naples Foundation, is really interested to a synergic work, in order to improve the several competencies, to build a net and to facilitate new initiatives from all the members involved and interested ti the Euro-Mediterranean dialogue”. The representative from the Farnesina, Enrico Granara, has reaffirmed the important to focus the strenght on the young generations and to the cooperation for peace and development.