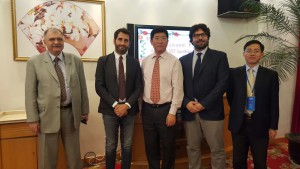 IASEM, the Institute of High Euro Mediterranean Studies, has been one of the institutional key players participating during the meeting on EU-China relationships held in Shanghai from 5th to 7th November.

China definitively represents one of the most important actors in the global politics and economy: the collaboration with Beijing needs to be improved, thanks also to the good attitude expressed by the Chinese President Xi Jinping and to his initiative “Belt & Road”. This latter is an extended strategic program of investments and diplomatic and cultural initiatives in the so-called Eurasia. IASEM’s mission is included exactly in the perspective of the strengthening of EU-China relationships.

On Thursday 5th of November, President Papaleo and the Scientific Coordinator Grezzi met Gabriele De Stefano, the Vicarious Consul at the Italian General Consulate in Shanghai. During the meeting, IASEM’s board had the possibility to exchange useful information and to define fitting related perspectives. On Friday 6th of November, President Papaleo had his speech during the international meeting entitled “China-Europe Shared Future”, organized by the SIIS (Shanghai Institute for International Studies) and by the CEIBS (China Europe International Business School). The meeting was held during the XVII Summit “China-EU Leaders”. 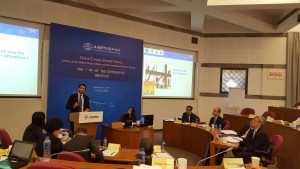 Papaleo has developed the idea of the connection between the Chinese initiatives of “Belt & Road” and the European Juncker investment plan. He has also underlined the factor of the investments’ multiplication, related to both the initiatives: it stays in fact inside not only in the immediate economic interest, but also in the markets and local economies’ capability to generate trust and interconnections. In his speech, President Papaleo has spoken about the Network MCH’s virtuous experience, promoted by IASEM, and able to create value. 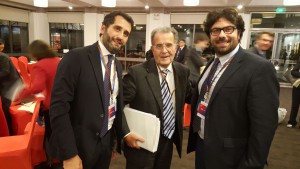 On Saturday 7th of November, IASEM’s board took part to the International Symposium on the trilateral relations between China-Japan-Korea and Middle East at the Shanghai International Studies University (SISU), in the Hongkuo district. Prof. Yang Li (the SISU Vice Dean), Mr. Zheng Xuefang (the Chinese Minister of the Foreign Affairs from Asian Affairs Department), Prof. Jong Chan Choi (the Hankuk University for Foreign Studies’ Vice Dean), Ms. Kayoko Hayashi (the Tokyo University for Foreign Studies’ Vice Dean) and other authorities opened the Symposium. During this meeting, Pierpaolo Grezzi, the IASEM Scientific Coordinator, participated, questioning about the central issue of the shared global leadership, particularly in light of the “Bekt & Road” initiative.