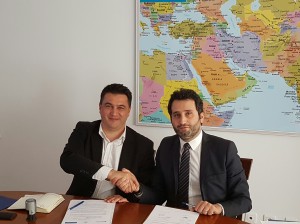 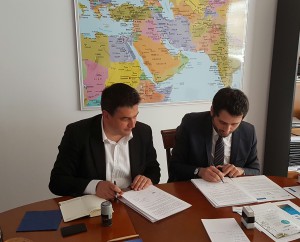 During an official ceremony at MEPEI office, Giuseppe Papaleo and Flavius Caba-Maria (President of MEPEI) signed the Memorandum of Understanding for the adhesion of the Romanian institute within MCH and they also discussed about different cultural cooperation projects which will be developed in the next coming months. 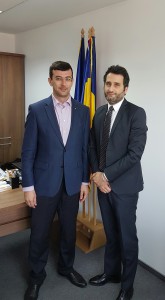 The joining of MEPEI to MCH represents a strategic widening for the network itself, because it offers a specific prospective toward Mediterranean and Middle Eastern matters, the East European perspective.

The official visit of IASEM Representatives to Romania was also the occasion for several official meetings, among which, with Dr. Costantin Eugen-Andrei, Adviser of the President of The Chamber of Commerce and Industry of Romania, and with Prof. Liviu Mureşan President of EURISC Foundation – The European Institute for Risk, Strategy and Communication Management.

“The development of relations with Romania – President Papaleo declared – has a great value, because the axis of the geo-political, cultural and economic discussion moves to the broader level of global dynamics, in which actors such as Russia and Turkey play a key role”