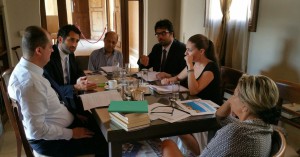 Founded in 2006 in Kavala, Greece and hence at the crossroad of Europe and the Middle East, Mohammed Ali Research Center (MOHA) is a Greek private non-profit, non-govermental research center supervised by General Secretariat for Research and Technology (GCRT) of the Greek Ministry for Culture and Education. 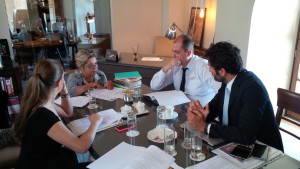 Housed on two unique historical monuments of significant Islamic character (Imaret and Mohamed Ali’s House Museum), MOHA aims at exploring and researching the achievements of Muslim culture and civilization before the dawn of modernity and their impact on our today world.

During the session meeting attended at Imaret, most relevant Mediterranean issues (migration policies, modern aspect of Islam, enviromental matters) were discussed, different topics for future collaboration and projects were developed.

MOHA Center’s effort to increase the value of the past in a modern way represents a unique case, giving us an example of a Mediterranean reality which is able to look to the future respecting its cultural heritage.